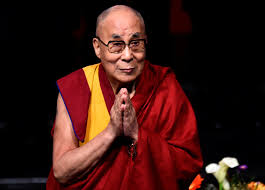 Goa Institute of Management hosts His Holiness the Dalai Lama

On August 9, Goa Institute of Management (GIM) hosted His Holiness the Dalai Lama at its sprawling green campus in Sanquelim, Goa. On the occasion, His Holiness the 14th Dalai Lama shared his thoughts laced with humour and enthusiasm as he interacted with students and faculty. The day marked GIM’s 25th year milestone of imparting knowledge to the country’s future corporate leaders as one of the premier B-Schools in the country.
Speaking as the key note speaker on the subject – Today’s Relevance of India’s Ancient Knowledge – His Holiness spoke extensively on India’s ability to merge its rich traditional knowledge with modern facets of education. “India has a culture deeply rooted in tradition and knowledge. The land of ahimsa’s cauldron of traditional knowledge includes the art of meditation, compassion, secularism and more,” he said. While acknowledging that the British sowed the seeds of the modern style of education as we know it today, he remarked that India is probably the only country which can find the right balance between its traditional knowledge and modern education.

His Holiness emphasised the need to create dialogue and debate on a range of subjects which can aid aspiring B-school students to learn, analyse and gain new experiences. “We need more people to come together and talk and debate on aspects linked to India’s ancient knowledge such as ahimsa and compassion. We also need to find ways to reduce conflict amongst ourselves,” he urged the aspiring managers of corporate India.

Said Padma Shri Father Romuald D’Souza, founder director, GIM, “Today, a long standing dream has turned into reality. We are honoured to have His Holiness the Dalai Lama amidst us today. Ethics and value-based learning has always been at the core of what GIM stands for ever since the day it was founded 25 years ago”

Added Ajit Parulekar, director, GIM, “In this celebratory year, I’d like to announce that we have forged a new learning partnership with the The Dalai Lama Center for Ethics and Transformative Values at Massachusetts Institute of Technology (MIT).  We will also be initiating a new programme where faculty of GIM will be trained in specific skill sets and will work closely with primary education centres in Goa to lay emphasis on ethics and emotional learning at an early age.”

In its 25th year of operation, GIM has forayed into newer areas. After careful study of the prevailing market for analytics education in the country consistent to GIM’s mission to nurture leaders for sustainable business, the B-school has decided to respond to the emerging paradigm of Big Data by incorporating it into its course structure and has introduced the Post Graduate Diploma in Big Data Analytics (PGDM-BDA) programme from this academic year 2018-19. The two-year full time residential course in Big Data Analytics is the only one of its kind in the country. Additionally, the institute has set up an incubation cell as part of the Atal Incubation Centre. The centre will host Idealab 2018 – a startup event featuring over 300 startups – later this year in October. The institute has also initiated a joint choral performance along the Oxford University Choir which is scheduled to take place in December 2018.

The Dalai Lama Center for Ethics and Transformative Values at Massachusetts Institute of Technology (MIT) is also conducting a six month intense programme for the faculty and members on the Board of Governors of GIM which commenced this month with the first module. The programme was conducted by The Venerable Tenzin Priyadarshi, director of the Ethics initiative and Javier Prieto, COO at GIM’s expansive campus in Sanquelim, Goa.

Over the years, Goa Institute of Management has earned the enviable reputation of being one of the finest management schools in the country. B-school ranking surveys have shown a rising trend in ranking for GIM with the prestigious B-school consistently ranked among the top ten private B-Schools in India. GIM’s strength is its diversity, be it in its academic, ethnic or social diversity. The institute presently boasts outstanding students, excellent infrastructure and the best talent that make up its core faculty.