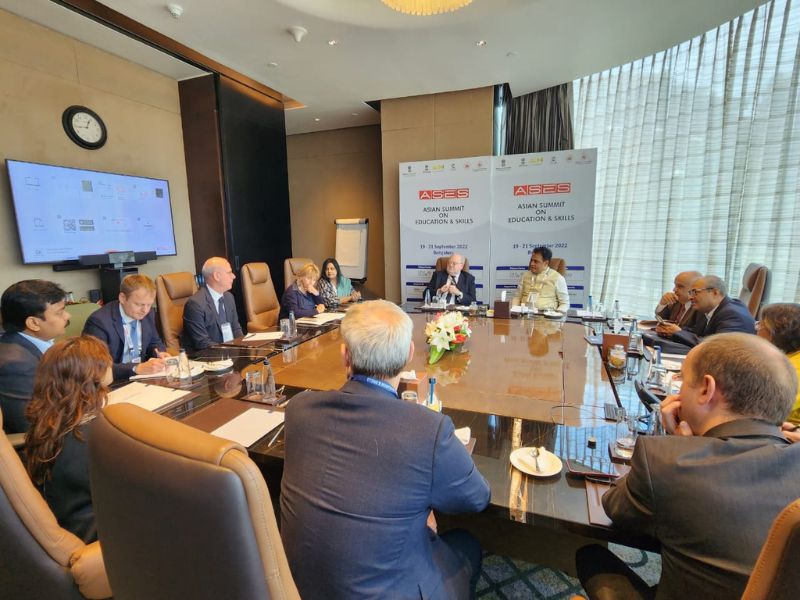 The centre is drafting a legislation to allow foreign universities to set up campuses in India, Karnataka’s higher education minister Dr CN Ashwath Narayan said. Narayan spoke at the event organised to discuss the launch of DIDAC India that is scheduled to take place between September 21 and 23.

Narayan said that the legislation comes after some foreign universities approached the union government to establish campuses here.

The 12th edition of Didac India will showcase state-of-the-art solutions in the field of education and skill development.

The three-day, is organised by Indian Didactics Association (IDA) in association with the NITI Ayog, ministry of Higher Education (Karnataka), union ministry of education and ministry of skill development and entrepreneurship.

“Karnataka is leading the country from the forefront in the field of education. We are happy to be hosting Asia’s largest expo on education and skilling,” said Narayan. The expo will also feature international pavilions from the UK, Germany, Australia, Canada, Finland, Polan, Singapore among other countries.

As many as 4,000 innovative products related to the education industry will be on display at the expo.

Education World Forum Director Dominic Savage said he was excited to be in India for the Asian Summit and DIDAC India. “India, especially Bengaluru, is emerging as a key hub for innovation in the education sector. Bengaluru is home to a large number of edtech start-ups. I also learnt that Karnataka is the first state in India to roll out the New Education Policy. I am sure this Asian Summit will address key challenges facing the industry and provide tech solutions for the same,” he added.