Stages of neurological development in children This stage of development happens between the birth of the child and remains until they are two years old. During this phase the infants are trying their physical strengths with the environment. The infant basically learns from seeing, touching, sucking, feeling, and overall using of their senses to learn things about themselves and the environment. In this stage, the parents can help their babies in sensory discrimination where the parents can develop the ability in their child by exposing him/her to two different sensations such as giving the baby a wet towel, and then a warm towel. Parents can also introduce their children to object differentiation and give them different toys so that they learn to differentiate between the sizes, shapes, colour and other sensory details. 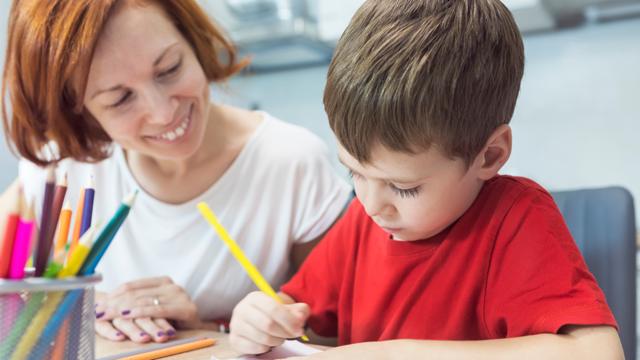 From age two to six or seven, a child enters the preoperational stage where the language skills ramp up. Here the child begins to develop a numerical understanding, and is also able to grasp the difference between the past and future. However during this stage the abstract concepts could be difficult to grasp. According to the research, interaction is considered one of the best modes for teaching the kids concepts in this phase. Parents can help their children grow by using direct play with them. The other things the parents can do are play with the kids and introduce them to games such as checkers, fun puzzles and board games. In fact the entire families can come together and play with the kids. This will also develop their numerical understanding along with language skills. This stage begins from the age seven and lasts until they are eleven years and in this stage the children begin to understand the concepts of conservation such as the amount of liquid in a short, wide cup is equal to that in a tall, thin glass. Hence parents at this stage can have extended conversations with the children about general topics could be related to science, history and nature. This will promote the children’s thinking and the power of questioning too. The last stage of cognitive development begins at the age of 11 and then continues into adulthood. At this stage the children enter puberty and are able to think abstractly and can create a meaning from the available data. Parents at this operational stage can give a friends shoulder to their children and also listen to them. The great help which the parents can actually give their children is the listening ear. The children could be discovering their ideas, visions and goals. They could be developing strong opinions about things around them or about issues. In this case, parents should keenly listen to them and guide them.

Holistic development a must to make students future ready