Professors who chair disciplinary panels at Imperial College, London, have warned that the institution’s handling of bullying cases involving its president and finance chief could hamper their ability to fulfill their roles. 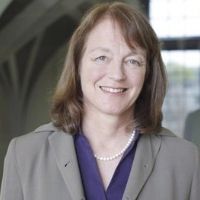 There is mounting anger at this globally respected institution that president Alice Gast and chief financial officer Muir Sanderson were allowed to retain their offices despite being found to have bullied colleagues last year, and that senior staff only learned about the disciplinary proceedings against the pair via the press.

Details of the case emerged after a whistleblower alerted Labour MP Alex Sobel, who posed a parliamentary question which was picked up by the media. A letter was sent to staff on December 4 by chair of disciplinary council John Allan confirming that an investigation into alleged bullying had taken place, but also stating that he was “more confident than ever that Imperial has the right leadership”. Ten more days passed before it was confirmed that Prof. Gast and Sanderson had faced disciplinary hearings for bullying, and the pair offered apologies. 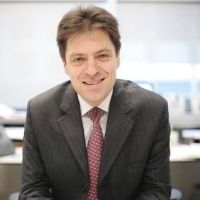 In a letter to all staff, seen by Times Higher Education, Imperial’s consuls — academics elected to act as “the conscience of the college” — and Stephen Curry, assistant provost for equality, diversity and inclusion, wrote that they were “dismayed to learn from the chair of council’s email on December 4 of the events that took place in March”.

Michael McGarvey, president of the Universities and Colleges Union (UCU) branch at Imperial, is on record stating that allowing Gast and Sanderson to remain at their posts “sends a terrible message to staff and creates a culture where bullying can thrive”. The university has not revealed what, if any, sanctions the pair faced following their disciplinary hearings. UCU has called for them to resign on the grounds of gross misconduct.

The Imperial administration has courted more controversy since it has emerged that its harassment and bullying policy had been edited online to remove references to such offences being treated as gross misconduct. The updated version merely says that all such incidents will be “treated seriously”.

An Imperial spokesman blames the change on a “clerical error” and says that the investigation into Prof. Gast and Sanderson “used long-standing and approved policies, which remain in place”.

Meanwhile the college management has issued a statement to the effect that its leadership team “will drive changes as a result of (the investigation’s) recommendations, while redoubling ongoing efforts to improve the college’s operations, culture, transparency and management”.