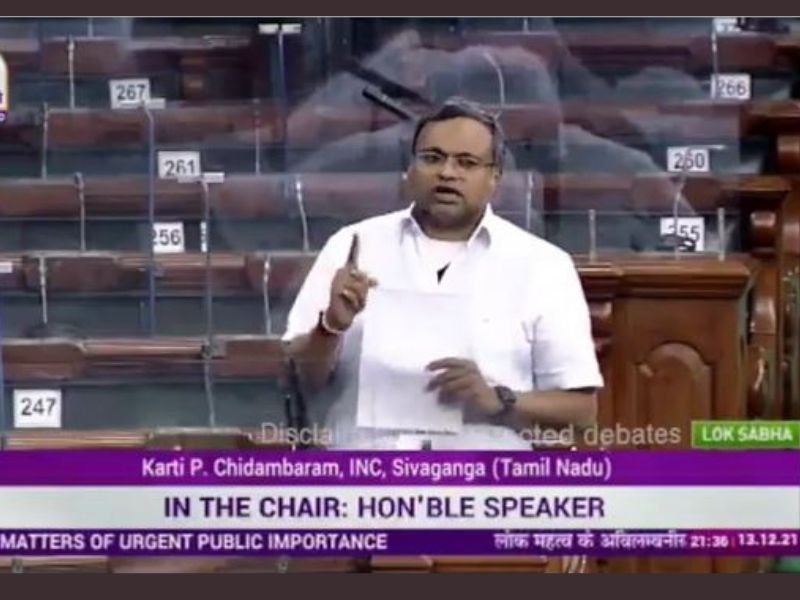 In a letter addressed to union health minister Dr Manuskh Mandviya, Karti sought that students who have been forced out of Ukraine after the war broke out must be accommodated in Indian medical colleges and be allowed to continue education.

Over 20,000 Indian students, a majority of who are medicos, were forced to quit education midway, owing to the Russia-Ukraine war that broke out in February 2022.

“These bright students, nearly 2000 belonging to my home state of Tamil Nadu, are in a state of frustration and hopelessness. The Hon’ble Minister of State, Ministry of Health and Family Welfare informed the Lok Sabha in July 2022 that there are no provisions in the Indian Medical Council Act 1956 & the National Medical Commission Act, 2019 to accommodate or transfer medical students from any foreign medical institutes to Indian medical colleges. While it is appreciated that the National Medical Commission has allowed foreign medical graduates to complete the remaining part of their internship in India, we cannot afford to leave others in a lurch,” he said in the letter.

Quoting from the WHO, he said that India has 0.9 physicians per 1000 population, against the world average of 1.8. “This shortage of talented doctors warrants a swift response from the Government. A policy needs to be formulated, on an ad hoc basis, to allow these students to continue their education in India and become a valuable human resource for India’s health care ecosystem,” he sought.

“Those who cannot clear the cut-off, are forced to study at exorbitantly priced private medical colleges or in countries with low-cost medical education, such as Ukraine. Moving forward, there is a clear need to enhance quality and affordable medical education infrastructure in India,” said Chidambaram asking the government to work towards offering support to these students.