Being black, Asian, the daughter of immigrants from coloured lands like India and Jamaica, Kamala Harris poses a huge threat to the one-dimensional mindset of angry working class whites in America 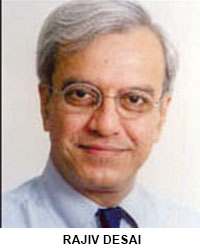 The recently concluded debate between US Vice President Mike Pence and Senator Kamala Devi Harris, Joe Biden’s running mate, provided the clearest look yet at the choice before the American voter in November when America will elect its next President. Currently one of two senators from California, Harris comes with an impressive resumé having been elected and served as district attorney of the city of San Francisco and attorney general of the state of California.

Harris emerged on the national scene when Barack Obama, running for a second presidential term, invited her to speak at the 2012 Democratic National Convention. A law-and-order Democrat, who is a favourite with Wall Street donors, she seems a natural heir to Obama’s legacy of intellectual and compassionate politics.

Her elevation is especially noteworthy because should the Biden-Harris ticket win, she’ll be a heartbeat away from the presidency; perhaps even closer, given Biden’s advanced years. In any case, a win puts her in with a better than even chance at the presidency. This makes for an ideal, more complex choice than even Barack Obama.

Indian-Jamaican-American Kamala Harris does not fit any stereotype. She is what the future of America looks like.
This progressive evolution of American citizenship is unsettling, especially for working class whites. They were miffed with Hillary Clinton, a woman who aspired to the White House. They were having none of it so they backed a cyclone hurricane typhoon white guy to assert their hold over America. They beat back the Hillary challenge, perhaps less than fairly. Now here’s Harris with roots in the Indian subcontinent and the Caribbean. She’s a much tougher adversary, representing as she does an Obama style option to voters looking to reassert America’s progressive values at home and around the world.

Being black, Asian, the daughter of immigrants from coloured lands like India and Jamaica, Kamala Harris poses a huge threat to the one-dimensional mindset of angry working class whites. Their resentment is voiced by Trump, with his racist, misogynist manifesto of white supremacy, male chauvinism and crony capitalism. This cocktail of hatred and violence has been recently manifested in cities around America including Minneapolis, Portland among others, with Trump supporters battling it out in the streets with protesters expressing their displeasure at police atrocities.

Incontrovertibly, African Americans were the targets of the police as well as white supremacist groups that organised counter demonstrations. A major outcome has been the growing popularity of Black Lives Matter, a movement that began in 2013 and has dramatically expanded its footprint. A loosely structured organisation, BLM has lent major support to the protests.

With these demographics, the movement has emerged as the largest-ever in American political history. BLM has made a huge impact: In Minneapolis, city authorities said they would defund the police department. New York scrapped a law that kept police disciplinary records secret. Other cities and states banned deadly chokeholds of the type that strangled George Floyd, a black bystander who fell afoul of the Minneapolis police.

This movement has found a strong supporter in Harris, whose parents — Jamaican father and Tamil mother — met at a protest movement in Berkeley, the Mecca of student protests of the 1960s. Often criticised as being a “law and order” official for her firm stance as attorney general of California, Harris was quick to embrace BLM. “Nothing that we have achieved that has been about progress, in particular around civil rights, has come without a fight, and so I always am going to interpret these protests as an essential component of evolution in our country — as an essential component or mark of a real democracy,” she said at the Boston convention of the National Association for the Advancement of Coloured People in September this year.

People are beginning to take a closer look at Harris, especially in light of Donald Trump’s bizarre behaviour after testing Covid positive. At the 2012 Democratic National Convention, she wowed the audience with her vision: “…The American dream belongs to the student… who doesn’t have much money but who goes to bed each night dreaming big dreams… It belongs to the immigrants, young and old, who come to this country in search of a better life. And it belongs to little girls who have the joy of watching their mother, like I did, buy her first home. The American dream belongs to all of us. And if we can work together and stand together and vote together… that’s a dream we will put within reach of all our people!” Her words ring prophetically true at this confused and divisive moment in American history.