Diseases caused by deadly viruses are not new in the case of Covid-19. The world has been privy to such outbreaks previously. Here is a take on the deadly viruses, their source, spread and degree of destruction. The coronavirus outbreak came to light on December 31, 2019 when China informed the World Health Organisation (WHO) of a cluster of cases of pneumonia of an unknown cause in Wuhan City in Hubei Province. Subsequently, the disease spread to several other provinces in China and then to the rest of the world. The WHO has now declared it a global pandemic. The virus has been named SARS-CoV-2 and the disease is now called COVID-19

Caused by Zaire Ebolavirus, it is transmitted to people from wild animals like fruit bats, chimpanzees, gorillas, monkeys, forest antelope or porcupines found ill or dead or in the rainforests. EVD first appeared in 1976 in two simultaneous outbreaks in South Sudan and near Ebola river, DR Congo. In 2014–2016, West Africa reported the largest Ebola outbreak with 28,600 cases and 11,325 deaths. Named after a village in Malaysia, it was first recognised in 1999 during an outbreak among pig farmers in the country. Transmitted to humans from animals such as bats or pigs, or contaminated foods, the symptoms include fever, cough, headache, shortness of breath. In May 2018, an outbreak was reported in Kerala with 21 deaths among a total of 23 cases. This mosquito-borne virus was first identified in monkeys (1947) & later identified in humans (1952) in Uganda and Tanzania. The majority of people infected with Zika do not develop symptoms. Mild signs may include fever, severe headache, rash, conjunctivitis, muscle and joint pain. Outbreaks of the disease were recorded in Africa, America, Asia and the Pacific from 2003-15 infecting thousands of people. After this, it was officially confirmed for the first time in Kerala, after the virus was detected in the blood samples of a pregnant woman from Parassala in the district, who had reported to a private hospital in the city with fever, rashes on the body and conjunctivitis on June 28, 2021. 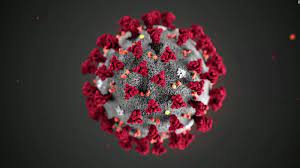 First identified in 2003, SARS-CoV is an animal virus (bats) spread to other animals (civet cats) and infected to humans. The disease first appeared in Guangdong province of southern China (November 2002). The epidemic affected 26 countries in 2003 with 8000+ cases. China’s Guangdong province is still considered as a potential zone of re-emergence of the virus. First identified in DR Congo (1976), HIV/AIDS became a global pandemic, killing more than 36 million people. Currently, there are between 31 and 35 million people living with the disease, the vast majority of belonging to Sub-Saharan Africa. Although, between 2005 & 2012, the annual global deaths as per WHO dropped from 2.2 million to 1.6 million. The 2009 flu pandemic involving the H1N1 influenza virus was first detected in a 10. It was declared a global pandemic in June 2009 by WHO and was finally over in August 2010. An estimated 575,400 people died worldwide. Later, it resulted in an outbreak in USA, Mexico, and Canada According to WHO, rotaviruses are the most common cause of severe diarrhoeal disease in children under 5 years. It is transmitted by the faecal-oral route & damages the cells that line the small intestine. According to WHO (2013) an estimated 2,15,000 children (under 5 years) die each year. The rotavirus vaccine was introduced in 2006.

Dengue virus is transmitted by female mosquitoes, which are also vectors of chikungunya, yellow fever and Zika viruses. Dengue outbreaks were first recognised in the Philippines and Thailand (1950s). Today, Asian and Latin American countries are the most affected by the virus and are a leading cause of death among children and adults in these regions. About 390 million are infected by dengue virus per year (WHO).