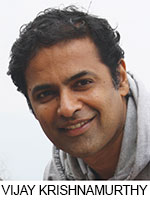 The 2020 Tokyo Olympics is less than a year away. Already there’s a buzz: How many medals will India win this time? These discussions will increase in intensity as the date of the quadrennial Olympics draws closer. As the event begins, media will lament systemic problems, starting from the quality of municipal playgrounds to world-class athlete preparation. A few months after the Olympics, life will go back to normal, and citizens will become resigned to the also-ran status of India.

A child goes to school to learn how to read, write and articulate. For the majority of Indian parents, education is synonymous with proficiency in English, science, and mathematics. However, the draft National Education Policy 2019 recommends sports as a compulsory subject and advises that sports education should not be labeled ‘extra-curricular’ or ‘co-curricular’. While most school managements are aware of the importance of sports education, few are aware of ways and means to introduce sustainable sports education programmes. The four basic requirements of a sports programme are: infrastructure, coaches, curriculum and scientific assessment.

Infrastructure. Access to playgrounds is a fundamental prerequisite. A recent survey conducted by the Odisha state government revealed that 78 percent of schools in the state don’t have playgrounds for children. Likewise, in Karnataka, a state which fares well in inter-state athletics, field games and sports, a similar survey of government schools indicates that only one-third have playgrounds. Poor civic planning and under-budgeting for education are endemic in all 28 states and nine Union territories of the Indian Union.

In the circumstances, it’s hardly surprising that India produces such few sports — especially in athletics and field sports — champions. In this connection, it’s noteworthy that all developed countries have faced similar challenges, and found solutions. In the UK, a national initiative for physical education, school sport and club links (PESSCL) was formulated in 2002 by the department for education and skills and department for culture, media and sport to multiply opportunities for children and youth to access well-equipped sports venues for training and competition. As a result by 2008, England established 313 school sports partnerships across the country. The lesson to be learnt is that educators and school managements need to take the initiative to build partnerships between infrastructure providers — schools, clubs and sports academies — in every neighbourhood.

Sports coaches. India hosts a huge number of retired national champions of all sports and games. They need to be provided employment and utilised as coaches in schools, colleges and universities. BCCI (Board of Control for Cricket in India) has successfully enabled retired test cricketers to start cricket coaching academies. As a result during the past two decades, India has emerged as the world’s #1 cricket playing country in all formats of the game (test, ODI and T-20). The BCCI model needs to be adapted to all sports, including athletics. Currently, the sports coaches/PE teacher-pupil ratio in schools is abysmal. For example, in Andhra Pradesh, it is 1:1,500 (SAAP report). Moreover according to Annual Status of Education Report (ASER) 2018, that covers 596 districts of rural India, a mere 5.8 percent of schools had a separate physical education teacher. This supply-demand deficiency of sports teachers and coaches needs urgent attention of the Union ministry of youth affairs and sports, the Union HRD ministry and education ministries of the states.

In 1995, the Chinese Olympic Committee initiated a National Fitness Programme (NFP). NFP proved a game-changer initiative for China. In the Rio Olympics 2016, China’s medals tally included 26 gold, surpassed only by the United States and Great Britain.

Curriculum. Contemporary enabling infrastructure and professional coaches need to be supplemented with high-quality standardised curriculum. The National Council of Educational Research and Training (NCERT) has published a class I-IX ‘Health and Physical Education Curriculum’. Although this is a useful beginners’ guide for schools and education institutions, it requires further evolution to develop internationally competitive sportspersons. Professional coaches and retired sportspersons need to be commissioned to use their experience to improve it continuously.

Assessment. Athletics Canada has devised an LTAD — Long-term Athlete Development framework which is a useful reference model to measure skill progression in athletic sports of various age-groups. With metrics such as age, gender, body type, skill etc, built into the system for periodic analysis, world-class athletes can be nurtured during the sports education continuum.

Sports education introduced at the grassroots needs to be underwritten by talent identification. In a country with a population of 1.3 billion, identifying truckloads of potential world champions emerging from every education institution can become a reality in no time. The seeds for success in sports need to be planted in every school campus without any further delay.