Home » Resources » Gender-neutral parenting: The good and bad of it

Gender-neutral parenting: The good and bad of it

Gender-neutral parenting doesn’t refer to making boys more feminine and girls more masculine. The point is to raise children free of gender roles and allow them to choose who they want to be. Every individual is born with some inherent male and female traits but one follows whichever is more prominent in them. Neerja Birla, chairperson, Aditya Birla Education Trust, and a mental health activist explains, “We often confuse sexuality with gender roles. With gender roles, the stereotypical idea is that men have to be the strong, silent providers and women have to be gentle nurturers. Gender-neutral parenting will definitely (and rightly so!) make this stereotypical construct redundant in future generations. They will instead grow up understanding that either gender can adopt these roles – it’s okay if a woman is more comfortable being the strong, silent provider and it’s absolutely okay for a man to be the gentle, nurturing caregiver.

However, sexuality is about who you’re attracted to, and that is something that one is born with, and there’s nothing you can do to change that. Long story short, if your son likes Elsa from Frozen more than Superman, or if your daughter can play football better than she can cook, it isn’t going to change the sexuality they were born with. It will, however, make them more rounded and well-balanced adults who are proud of who they are.”

Several states in the US such as Arkansas, Oregon and Maine, and even Sweden are now allowing parents to choose a third gender or non-binary “X” rather than male or female as their child’s gender on their birth certificate. Disney too made a gender swap with its princess by creating an androgynous style statement for them. 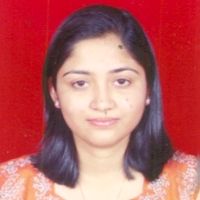 Celebrities like Kate Hudson and Meghan Markle have decided to raise their children genderless. Academy award-winning singer Adele let her young son dress as a Disney princess is proof of the changing times. As a child development expert and as a parent who follows gender-neutral parenting, Tamanna Saxena, assistant professor, Amity Institute of Psychology & Allied Sciences says, “It is important to understand the exact time frame that our children understand gender as a concept. Approximately by the time they are around 5-6 years of age, they start building up the basic schemas and cognitive notion. It is during that age that they pick up the basic feminine and masculine characteristics. It is very important that from the very beginning that one should not focus on just one basic characteristic. As individuals and as parents, they will have their own gender understanding.”

But does having a “fluid” attitude towards gender affect the child mentally?

“Any idea, when implemented in an extreme way, may do more harm than good (erasing all gender expression and identity, for example),” says Birla. She adds, “First off, one needs to bear in mind that GNP is not about establishing an androgynous world any more than it is about enforcing traditional masculinity or femininity on children. When it comes to parenting styles, there is no “one size fits all” answer when it comes to what will work for you and your child.”

She continues, “Gender-neutral parenting, when done right, is about trying to limit gender stereotypes in your child’s life. The motive is to encourage healthy dialogue with them about disconnect behaviours, preferences, and goals from gender. It can have a very positive effect when paired with a healthy dialogue, where you encourage them to explore ideas, activities and behaviours irrespective of gender so they can gain a broader perspective.”

Recently, in terms of fashion, we have seen men wearing pink and women have been wearing blue for ages. Similarly, it’s time to shed the concept when it comes to kids as well. Usually, when a girl is born, the hospital rooms get decorated in pink. “Boys and girls can like any colour, play with any kind of toys, and be anything they want to be,” says Birla.

Saxena adds, “The child needs to have the capacity and understand that he/she wants to play with guns or dolls. Parents need to provide every possibility to allow the child what they want to choose – be it toys, colour or anything.”

Does it affect a child socially, especially when around other kids?

This is a very tricky situation, and it comes down to balancing cultural expectations with the message you want to drive home to your kids about gender roles, says Birla. “Yes, in a perfect world, there’s nothing wrong with a boy wearing a dress, but you also have to prepare your child to express their gender preferences in a way that allows them to thrive in the current world that we live in as well. As parents, one must figure out how much of this parenting style one wants to implement and how much of it will be productive.”