Observed on September 10 every year, World Suicide Prevention Day is dedicated to the prevention of suicides worldwide. According to the International Association for Suicide Prevention (IASP), the day helps create awareness and alleviates suicidal effects, and provides a forum for academics, mental health professionals, crisis workers, volunteers and suicide survivors.

According to World Health Organisation (WHO) statistics, almost 8,00,000 people die every year by suicide. More shockingly, for each suicide, more than 20 suicide attempts are done by each victim. “Suicide occurs throughout the lifespan and was the second leading cause of death among 15-29 year old globally in 2016. Suicide does not just occur in high-income countries, but is a global phenomenon in all regions of the world. In fact, over 79 percent of global suicides occurred in low and middle income countries in 2016.”

Johnson Thomas, director of Bangalore-based AASRA Suicide Prevention Centre explains how listening therapy is actually a great way to deal with suicidal victims, “We are a counselling service with 24×7 helpline where people can call in to talk about their problems, their suicidal thoughts and express whatever emotions they are going through. We try and alleviate those emotions through listening therapy.”

He further states that friends and family too need to understand that the victim is vulnerable. “Relatives need to show concern and be caring enough, need to make sure that the person is not eliminated. They need to be vigilant about that person all the time and keep an eye.” 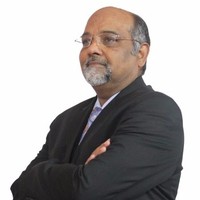 Vandrevala Foundation’s Dr. Arun John says there are thought shifts in patients and they may blame different things on different days. After the victim or any of their relative has spoken with the experts from the foundation, they try and keep a follow up as well. “We don’t know when the caller calls the next time, whether he has become better or worse. For that, we document the calls as in we check the demographics – what time did the patient call, how long did the call lasted, and a gist of the caller’s thoughts and what did the counselor say so as to know what therapy has been applied on them by our experts. Since each of our counselors get about 20-30 calls each day, this really helps in keeping a brief record about the caller and further assist them for the second time.” Dr. John further notes that it is during exam times that the number of calls from students increases. Advocate Nagesh Sood, secretary, Kerala-based Befrienders India and Ahmedabad-based SAATH explains how the organisations use various methods to spread awareness about suicide. “Saath gives periodical advertisements in the daily newspapers about the services it provides of helping people in distress through a helpline, face to face, emails and through letters and social media.”

Like AASRA, these organisations too have websites through which people come and contact with the volunteers and office bearers in order to have these services in the form of emotional support at the time of distress. “These essentially provides listening therapy and maintains confidentiality and anonymity while dealing with any person who is suicidal or in distress. They conduct various outreach activities in order to reach out people whereby the trained volunteers called befrienders reach out to students in schools and colleges by conducting sessions on happy student life, provide support to patients in hospitals who are terminally ill or otherwise, visit physically challenged children, elderly people by regularly visiting homes for physically challenged children as well as old age homes.” They also visit army and police personnel and conducts regular sessions in corporate offices to identify and provide immediate help.

It is very important to identify the behavior of the person having suicidal thoughts, says Sood. Signs and symptoms include “losing appetite and sleep, irritating behavior, changing patterns in lifestyle, aloofness, talking negative things, lack of hope, loneliness, lack of excitement, expressing feeling of failure, uselessness, anger, etc. the best way a family member, relative or friend can provide immediate help is by providing listening ears, understanding and giving unconditional support and help the person.”

Sood further adds, “We believe that tears in the eyes is not the reason for sadness but the problem is that there is no one available for wiping the tears. So if we think that someone is too tired to speak and share we would like to sit next to that person just to convey that I am also fluent in silence. I think that is the possible way of helping the person who is unable to share his or her distress and grief.”

Sharp objects, poison and chemicals should be kept from people with suicidal thoughts, says Thomas. They should not be allowed to stay in a room alone and should be surrounded by other people. If they have a room to themselves, all the latches should be kept unlatched to make the person is safe and secure, at least, till a therapist is consulted.