Engineer’s day is annually celebrated on September 15 to commemorate the greatest Indian engineer, Sri Mokshagundam Visvesvaraya. A recipient of the Bharat Ratna award in 1955 and knighted (KCIE) in 1915, Visveswaraya graduated with a civil engineering degree from the prestigious College of Engineering, Pune. Popularly known as “Father of Modern Mysore State”, Visvesvaraya also served as the 19th Diwan of Mysore for seven years (1912-1919­) and is hailed for his exemplary contributions to the field of engineering, such as designing the flood-protection system in Hyderabad, architecting several dams such as the Krishnaraja Sagar Dam and designing automatic gates in Lake Fife Storage Reservoir and a new system of irrigation “Block System”.

On the occasion of engineer’s day this year, let’s take a look at revolutionary engineers who changed the world as we know it: 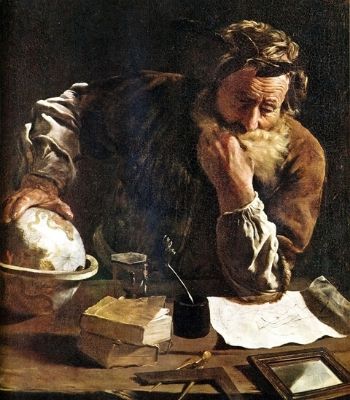 Regarded as one of the greatest scientists in classical antiquity, this ancient Greek engineer, mathematician and inventor is known for his unique inventions such as pulley and lever systems and the Archimedes’ screw. Archimedes is also credited with inventing the science of mechanics, and most importantly, the concept of the centre of gravity (Archimedes’ principle) which students around the world remember from the famous “Eureka” anecdote. Hailed as America’s greatest inventor, Edison’s invention of the first commercial incandescent light bulb revolutionized the modern industrial world. Other significant inventions of the self-educated inventor and businessman include the first central-electric-light-power station, the motion-picture camera and the phonograph. A Scottish engineer, inventor and scientist, Alexander Graham Bell is most notably recognised for his invention of the telephone in 1876 and co-founding the American Telephone and Telegraph Company (AT&T) in 1885. A graduate of the University of Edinburgh and the University College London, Bell is also attributed with the invention of the photophone (allowing transmission of sounds on a light-beam), an early prototype of the metal detector and his contributions to the field of aeronautics. Popularly known as the “Metro Man of India”, E. Sreedharan is an Indian civil engineer from Jawaharlal Nehru Technological University. Also a Keralite politician, Sreedharan executed the Calcutta Metro project as its deputy chief engineer in 1970, and enabled the Cochin Shipyard Limited launch its first ship- the “MV Rani Padmini”. Sreedharan has been awarded with the Padma Sri, Padma Vibhushan and the “Railway minister’s award” for his significant contributions to the field of engineering. Considered by many as the greatest structural engineer of the 20th century, the Bangaldeshi-American engineer and architect received his degree from IIEST, Shibpur, BUET, Dhaka and University of Illinois Urbana-Champaign. Credited for pioneering modern skyscrapers by innovating the revolutionary tubular design, he designed the Sears Tower and the 100-storied Hancock Tower in Chicago. Also pioneering the “CAD” software used by architects and engineers around the world, Khan has popularly been referred to as the “Einstein of structural engineering” and the “father of modern skyscrapers”. The “father of experimental fluid dynamics research” is known for his research in turbulence and boundary layers. An Indian aerospace engineer from the University of Punjab, University of Minnesota and Caltech university, Dhawan was made the director of IISc, chairman of ISRO and secretary to the Department of Space (Government of India). Dhawan headed the indigenous development of the Indian space programme and research during his stint at ISRO, successfully inducting India into the league of space-faring nations. It is nearly impossible to imagine modern life without computers, and Charles Babbage can be credited with its invention. The English mechanical engineer and mathematician received his degree from Cambridge and had his breakthrough in the invention of the programmable computer in 1822. He also designed two computational systems -the “difference engine” and “analytical engine”, a speedometer, the cowcatcher used in railways and was instrumental in the establishment of the Royal Statistical and Astronomical societies. The German mechanical engineer and physicist is best known for his invention of the X-ray, which revolutionised the medical field. A student of the University of Zurich, Röntgen discovered “X-rays” on the electromagnetic spectrum, and stumbled upon the first radiographic image of his skeleton during an experiment. To honour his scientific contributions, he was awarded the first Nobel Prize in Physics in 1901 and had the periodic element 111 (roentgenium) as well as a unit of measurement (roentgen) named after him. An Indian telecommunication and electrical engineer and inventor, Pitroda is widely recognised as the “Father of India’s Computer and IT Revolution” for his revolutionizing of computerization in India and pioneering hand-held computing with his invention of the “Electronic Diary”. Obtaining his degree from Maharaja Sayajirao University and Illinois Institute of Technology, he was awarded the Padma Bhushan and Lal Bahadur Shastri National Award for his contributions to the IT and telecom sector in India. He is also the first Indian to be honoured with the World Telecommunication and Information Society Award by the International Telecommunication Union. The Canadian-South African business magnate is the founder and chief-engineer of a number of enterprises such as SpaceX and Tesla Motors. A graduate of the University of Pennsylvania, Musk has spearheaded several ambitious projects connected with space exploration, electric cars, the “hyperloop” transportation system and solar power systems. His ambition to develop new technologies make him one of the most influential engineers and entrepreneurs of the 21st century.