Although in the new millennium the majority of greenfield primary-secondary schools tend to be co-ed, there is no shortage of children applying for admission into the country’s all-girls boarding schools offering thoroughly contemporary all-round education. Here are India’s best girls boarding schools 2020-21 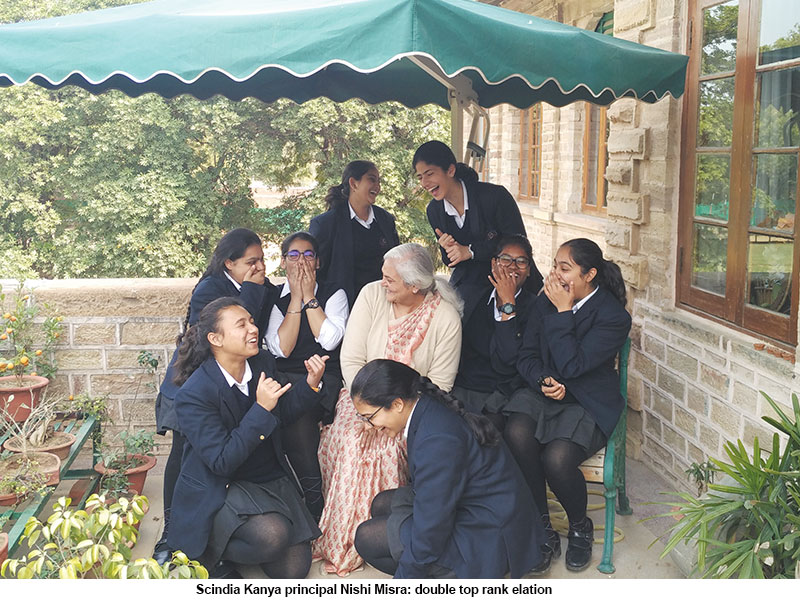 Worldwide, and 21st century India is no exception, gender segregated primary-secondary schools are becoming rare. However, in conservative societies where the women’s emancipation movement is yet in its nascent stages, all-girls boarding schools serve a useful social purpose.

They offer pathways to girl children to access high-quality education that enables holistic development. India’s legacy girls boarding schools, some of them of more than a century’s vintage, not only provide good academic education, but also excellent infrastructure and institutional encouragement for the development of co-curricular (music, drama, theatre) and sports education in safe and secure environments. Given India’s numerous castes, creeds and social circles that don’t favour co-education, the appeal of all-girls schools, especially boarding schools is enduring. Even in developed OECD countries, there’s some re-thinking on the merits of single sex education which enables girl children to flower in free and conducive environments.

Although in the new millennium the overwhelming majority of greenfield primary-secondary schools tend to be co-ed, there is no shortage of children applying for admission into the country’s all-girls boarding schools offering thoroughly contemporary all-round education to prepare them for higher education and leadership positions in government, industry and business.

Therefore, ab initio since the pioneer annual EducationWorld India School Rankings league tables were introduced in 2007, your editors have accorded equal, if not higher, importance to all-girls day and boarding schools by rating and ranking them inter se on the same parameters as all-boys and co-ed schools.

This year Scindia Kanya Vidyalya, Gwalior (SKV, estb.1956) which was runner-up in the two years past, and was last ranked #1 in 2017-18, has regained its premier rank in the girls boarding category with top scores under the parameters of teacher welfare & development, teacher competence, sports education, individual attention to students, leadership and value for money. This year’s sample respondents have ranked SKV above Mayo Girls, Ajmer top-ranked in 2019-20. In the latest EWISR 2020-21, Mayo Girls is jointly ranked #2 with Welham Girls, Dehradun (#4 in 2019-20) which has been given a huge promotion. The remaining places at the Top 5 table have been awarded to Unison World School, Dehradun and Ecole Globale International tied at #3 as they were last year; Mussoorie International #4 (5) and Hopetown Girls, Dehradun #5. It’s noteworthy that four Dehradun-based girls boarding schools are among the Top 5 in 2020-21.

“Receipt of news that SKV has regained its top slot has sent a wave of elation right through our stakeholders community, including teachers, parents and students. The annual EWISR is one of the most significant events on the education calendar of the country and news that both Scindia schools are top-ranked in this year’s EW Rankings has made this a truly Scindia moment!” says Nishi Misra, the erudite principal of SKV which has 400 girl students mentored by 40 teachers on its muster rolls.

An alumna of Allahabad University with rich teaching and admin experience in several top-ranked schools including St. Mary’s, All Saints, and Sherwood College — all in Nainital — Misra is especially pleased that SKV is top-ranked under the parameters of teacher welfare, teacher competence, value for money and leadership by this year’s sample respondents. “Like all education institutions countrywide, SKV has been shut down for the past eight months because of the spreading Covid-19 pandemic. However our teachers have made a heroic and successful effort to upskill themselves to provide online academic and co-curricular learning to our girls and keep them continuously engaged. Therefore I am very pleased that their dedicated efforts have been recognised by your well-informed sample respondents with the highest score under teacher competence. The top scores awarded to us under the parameters of value for money and leadership/management are also very satisfying because our fees are substantially lower than of other Top 5 schools even as the facilities that we provide for co-curricular and sports education are as good, if not better. Top score under the leadership parameter is also very satisfying as it indicates that I have acquitted myself well,” says Misra who was appointed principal of SKV in 2010. On the other hand, despite Welham Girls School, Dehradun (WGS, estb.1957) having been promoted to #2 (4) by this year’s sample respondents, principal Padmini Sambasivam, is less enthused. “We thank you for the ranking. However, we believe that the result is a reflection of a limited number of respondents. To us, rankings and accolades are only one of the indicators of the extraordinary work we do with commitment. Our true recognition comes from the success of our illustrious alumnae around the world, accomplished individuals who have chased their dreams with confidence and conviction to emerge as leaders in their chosen fields. That, for us, is true testimony of our success,” says Sambasivam in an email response to EducationWorld.

For instance, Centre for Forecasting and Research Pvt. Ltd (C fore, estb. 2000), the highly-reputed Delhi-based market research and opinion polls company which has been conducting the annual EWISR for this sui generis publication since 2007, successfully predicted the outcome of the legislative assembly election of Madhya Pradesh (pop.73 million) held in December 2018, based on pre-poll interviews with a mere 6,000 sample respondents. Against this the EWISR sample respondents database of 11,368, which includes educationists, principals, teachers and parents to rate and rank 2,500-3,000 schools for EWISR 2020-21, is more than sufficient. “It’s absurd to contend that the number of sample respondents of EWISR 2020-21 is too small. Quite the contrary,” says Premchand Palety, CEO of C fore. “We are highly elated that in these testing pandemic times EGIS has maintained its # 3 rank of last year. Our management team is very grateful for the support we have received from our progressive board for boosting our morale and contributing new ideas to enable the smooth switch to teaching-learning in the digital mode,” says Subhramanyan who is especially happy about the high score this new age girls boarding school has been awarded under the parameters of safety and hygiene and pastoral care.

“In EGIS we believe that when students are provided a safe and healthy environment they become academically strong, well-balanced all-round learners with interest in co-curricular and sports activities,” adds Subhramanyan. Currently EGIS has 250 girl children mentored by 45 teachers on its muster rolls.

Apart from SKV, WGS and Mayo Girls which have dominated the Top 5 table for the past four years, other girls boarding schools which have risen high in the esteem of the informed public are five institutions in the state of Uttarakhand (pop.11 million), including the new-genre Unison World and Hopetown Girls schools. They are followed by Vidya Devi Jindal, Hisar at #6 (#7 in 2019-20), Birla Balika Vidyapeeth, Pilani #6 (6); Mody School, Lakshmangarh (Rajasthan) #7 (9); Convent of Jesus & Mary, Mussoorie #8 (11); Heritage Girls, Udaipur #9 (6) jointly with Vantage Hall, Dehradun (8) and M.M. Kothari International, Valsad jointly ranked #10 with the previously unranked Avasara Academy, Pune which has made a spectacular Top 10 table debut.

Further down the 24-strong league table of sufficiently well-known all-girls boarding schools, two institutions have risen high in the esteem of knowledgeable monitors of India’s school education system. They are the previously unranked St. Hilda’s School, Ooty and Him Jyoti School, Dehradun which have debuted at #16 and 18 this year.