Engineering and MBA are without a doubt two of the most popular degrees in the country and abroad. But students nowadays are finding it hard to build a career in these fields. According to data revealed by the All India Council for Technical Education (AICTE) in 2016-17, more than half of MBA graduates could not get hired in campus placements. Just 47 percent of MBA graduates were placed.

According to another survey conducted by AICTE, nearly 200 ‘substandard’ engineering colleges have applied for closure. In 2016-17, total intake capacity at UG level was 15,71,220, out of which the total enrolment was 7,87,127, that is, 50.1 percent of total seats available.

Vivek Jain, chief business officer, Shiksha.com believes it is mostly because colleges fail to provide high-class skill set and education quality and also thinks their curriculum is outdated. He explains, “With drastic changes in the job market, the skillset required a decade ago and now has changed enormously. Thus, students who are studying the syllabus which has been drafted way back are facing issues after the completion of the course and entering into the job market since the industry has moved on and is demanding new skills. Such skill sets can’t be acquired from the outdated syllabus and hence students are facing difficulties when they try to find a job. 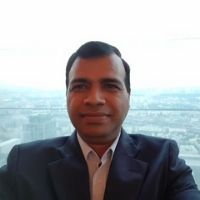 Now, with an increase in the number of B-schools, Engineering colleges and institutions offering professional courses, both supply and competition have gone up. Newer IITs, IIMs, IIITs, and NITs have also increased their intake of students which in turn has increased the number of students who are graduating with these qualifications. While the demand-supply mismatch has substantially come down, there are plenty of jobs demanding the candidates with these skills.”

He further adds, “There are numerous colleges with state-of-the-art infrastructure and updated curriculum and they are giving students the right guidance to minimise the skills gap. Subjects like Artificial Intelligence, Machine learning, etc. are now being taught in most of the colleges. So the bridge has been built to make students industry-ready. All said and done, it must be realised that the Indian economy needs a push to give the job market a boost.”

When asked what are the other equivalent and alternative career courses to MBA and engineering, he says, “There is no denying that the MBA and engineering are two of the most sought-after courses in the recent past. Students can also go for courses like BCA, MCA, diploma in management, fashion designing, etc which can give them a flourishing career.”

Quite often engineers and MBA graduates are seen making a career change during their 30s but is that a wise step? He believes a change in a career mostly happens because of two reasons, “The first reason is job satisfaction. Generally, after doing engineering or MBA, people start working in their mid-20’s. After working for a decade or so many people feel that their job has become mundane. They can’t find challenges in it. So they start getting itchy feet.

The second reason is their ambition. Most people plan their own ventures. They seek to become employers rather than the employee. In both cases, it can be taken as a positive step ahead,” Jain concludes.