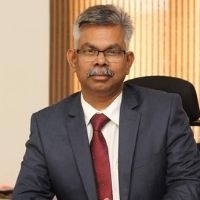 Since the Union cabinet approved the National Education Policy (NEP) 2020 in July, it has divided Indian society and the educators community. Although its intent and objectives to modernise pre-primary to Ph D education are widely welcomed, critics express alarm that instead of liberalising and deregulating Indian education, NEP 2020 tightens government regulation of all sectors of the education spectrum by ‘independent regulators of unimpeachable integrity’.

But there’s widespread apprehension that these ‘independent’ regulators – to be appointed by government and its agencies – may not be as independent as necessary and may be susceptible to do the bidding of the BJP dominated government at the Centre which is heavily influenced by the Rashtriya Swayamsevak Sangh (RSS), BJP’s ideological end cultural mentor organisation which has declared intention to rewrite Indian history and liberal arts textbooks from the Hindutva perspective. A new NEP was urgently required as the previous NEP was formulated in 1986 and re-published with minor changes in 1992. While evaluating NEP 2020, it’s important to note the backdrop of NEP 2020 is the neo-liberal economic reforms initiated in 1991 which has integrated the isolationist Indian economy with the global economy. Today, there’s a consensus among all political parties accepting neo-liberal reforms notwithstanding their left, right or regional orientations because they have enriched and expanded the country’s influential middle class to the extent that purchasing power of 21st century India’s aspirational middle-class of India is on a par with their counterparts in the developed economics of the western world. However, although India started restructuring the economy in 1991, the education sector has not been reformed to reap the opportunities of the liberalised and deregulated Indian economy. Conversely when Deng Xiaoping liberalised the Chinese economy, he forced the reforms in all sectors of the economy including education. He knew that neo-liberal capitalism which has its basis in wealth generation for which knowledge revolution is the driving force.

On the other hand, though India has been pursuing economic neoliberalism, it has not yet brought about any comprehensive reforms in education. As a result even the celebrated IITs and IIMs are ranked very low in the prestigious WUR (World University Ranking) of the London-based QS and Times Higher Education. India is far behind in generating innovations too. In innovation index of the World Intellectual Property Organisation, India ranked #48 among 131 countries.

It is in this context that NEP 2020 to be evaluated. Timely reforms in education are essential for the economy to withstand global marketplace competition and knowledge creation and research are necessary to develop and sustain a vibrant economy. In this connection we should learn from developed OECD countries made great strides in education and continuous research which made their economies robust. Despite this awareness, R&D investment in India currently aggregates a mere 0.69 percent of GDP, cf. 2.8 percent in the US, 4.3 percent in Israel and 4.2 in South Korea.

Recognising these needs, the NEP 2020 recommends a holistic approach to transforming the quality of research. Moreover, it acknowledges that public investment in education should be up to 6 percent of the GDP against 3.1 percent currently. Indeed, if India is ever to become a knowledge economy, the government should immediately invest 6 percent of GDP in education, i.e, Rs.6.4 lakh crore for this purpose. However, funding of NEP 2020 is certain to be a significant challenge. With the large fiscal deficits Centre and state governments don’t have the resources to invest this large sum in public education. Therefore, there has to be high levels of private investment in education.

If reforms in higher education are to be attained, a definite shift in school education is also required. To the credit of the authors of NEP 2020, it proposes a new 5+3+3+4 system formalising early childhood education to replace the current 10+2 model. This education model almost identical to those of developed countries such as Britain and the US and augurs well for the future. Indeed, incorporation of early childhood education into the formal schooling framework is one of the most impactful initiatives ever in the history of Indian education.

Likewise, allowing students to choose electable subjects in class IX another notable reform in NEP 2020. Skill-based learning with bagless days and internships in middle school years are overdue innovative proposals capable of revolutionising the education landscape of the country.

Overall, the reform proposal incorporated into the NEP 2020 are timely and essential. Neo-liberalism in education is overdue. It was introduced to reform the economy that in 1991 with excellent results and has irreversibly merged the isolationist Indian with the global economy. Therefore, synergy between the neo-liberal economy and the education sector is a necessary precondition of preparing the world’s largest child and youth population to compete in the newly emerged global marketplace for goods and services.