India has been the land of many globally renowned inventions such as Yoga, Ayurveda, Zero etc. The country’s inventions are not just limited to arts, crafts, cuisines and science and culture but sports too. You will be surprised to know many of the modern games which are flourishing in other nations had their beginnings in India. We bring to you some sports and indoor games that originated in ancient India. One of the most ancient games that originated in India, Chess was initially called ‘Ashtapada’. The game then came to be called as ‘Chaturanga’ during the rule of Gupta Empire. Persians who travelled to ancient India had picked up the game and named it as ‘Shatranj’. Also, there is an indication of board games similar to Chess in the archaeological sites of Indus Valley civilisation. Its popularity grew with the British too. Even today, India leads the game of Chess in the world, thanks to Viswanathan Anand a former World Chess Champion, and currently the World Rapid Chess Champion. Polo is believed to have originated in Manipur and you will be surprised to know that in ancient India, monarchs played ‘Elephant Polo’ for recreational purposes. Infact, there is a mention of a Polo game played by the kings who ascended throne in 33 AD in Cheitharon Kumpapa court chronicle of the kings of Manipur. This Indian origin sport was later propagated by the British and is now popular across the world. Ludo was first played in the 6th century and the game was called ‘Pachisi’ evolved from a very ancient game called ‘Chausar’ played by Kauravas and Pandavas. Many historians point out that there is a depiction of this game in the caves of Ellora. Ludo was also enjoyed by the Mughal emperors – especially Akbar. The Britishers later modified the game to use a cubic dice with a dice cup and patented it as ‘Ludo’ in 1896 in England. 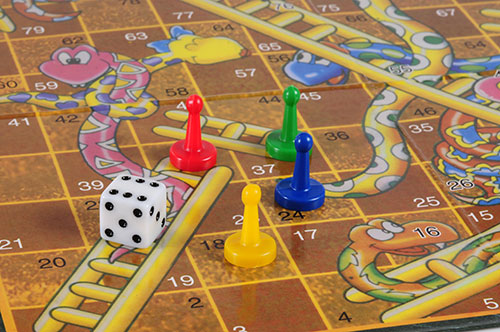 This game was originated as a game of morality, and has been discovered that this game in ancient India was called variously as Gyan Chaupar, Mokshapat, and Moksha Patamu. Like Ludo, Snakes and Ladders also became popular around the world after being picked up by British. Kho-Kho is termed as one of the most popular traditional sports of India. However, many historians believe that Kho-Kho was famous for its run and chase in ancient times, was mainly played on the ‘raths’ or chariots, and was known as Rathera by the emperors. Kabaddi gained recognition as a popular sport after the advent of Pro Kabaddi League in our country. It is believed that this 4000 year old sport originated in Tamil Nadu. Moreover, this sport is recognised in five forms in our country — Suranjeevii, Gaminee, Amar, Circle, Goongi. The modern version of badminton was actually born in India. The British were the first patrons of the modern version of the game. By 1870’s they not only mastered the game but also carried the equipment back home. They were so impressed with the game that it is claimed that the game was introduced in Europe in 1873. Thereafter, many countries adopted the game. Playing cards is the most common pastime in our country and we often indulge in games such as Rummy, Bluff, Bridge, etc. today. However, it is very interesting to know that the card games originated in India; they were introduced in the 16th century by the Mughal emperors and called the game “Ganjifa”. The game was played with lavish sets of cards made from ivory or tortoise shells and decorated with various precious stones.

Also read: Some bizarre sports that are still played in India