Ancient jobs came into being primarily because of the earliest human needs. Occupations such as farming, tool making, and carpentry emerged as a result of first human creations such as tools and agriculture. According to some research reports prostitution was considered as the oldest job in the history of mankind. However, even today, irrespective of digitisation and modernisation, some of these ancient jobs still exist because they deal with most basic human needs. We bring to you 15 such ancient jobs. Teaching is considered a noble profession not only in India but across the world and has always held a place of pride in the social milieu. Infact right from the famous ancient teachers like Dronacharya, religious preachers like Sri Ramakrishna Paramahamsa down to modern day educationists such as Dr. Radhakrishnan, teachers have been regarded highly. Even today, though the pay scales of teachers are low, it is still a most sought after profession. 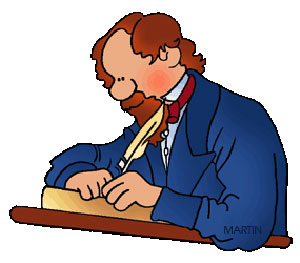 Writers have held great positions in the courts of kings and monarchs since ancient times. There were many different kinds of writers such as scribes, poets, song writers, and biography writers in the royal courts. Ancient Greek writers, for example, have had a tremendous influence on Western society and writers like Plato, and Aristotle are still fondly remembered for their contributions to philosophy. In India too, we have had great writers such as Rabindranath Tagore, RK Narayan and many more. Writing today has developed into an enormous profession that also includes content, journalistic and technical writing and writers are in great demand. The royal courts had many accountants to keep records of the taxes paid by the people along with the maintaining the nations accounts. Infact many courts had finance ministers under whom the accountants worked. Money being the backbone for the progress of any civilization or nation, till date they are many job opportunities for them. The increase in financial institutions and banks are also the reason why the accountant’s job is in demand. The Great Pyramid of Giza, the phenomenal Inca road system, Taj Mahal, the forts of Rajasthan are some examples of the architectural masterpieces of ancient civilizations. Many civilizations have been a witness to the great architectural wonders of the world. These days, buildings are being constructed with the use of technology which is a remarkable progress in the digital era and hence architects or builders are still in great demand. Technology and medicine have advanced massively in comparison to the ancient times. Still, doctors were highly regarded even in ancient times. Infact Sushruta (c. 7th or 6th century BCE) who is known as the “Father of Indian Medicine” and “Father of Plastic Surgery” was the one who invented and developed surgical procedures. In most of the royal courts there were physicians or team of doctors who could treat the king’s clan and the soldiers. Ayurveda was very popular in the ancient times in India.  With advancement in medicine, the doctor’s profession is still the most promising and sought after professions of today. This is one of the professions that was born out of the need for livelihood and for satisfying the most basic human need for food. The history of agriculture in India dates back to the Indus Valley civilization era. India has always been a good producer of pulses, fish, eggs, coconut, sugarcane, spices and numerous vegetables. According to a 2018 research study, agriculture contributed to 17-18 percent of the country’s GDP. Infact today allied sectors like animal husbandry, forestry and fisheries have also gained much prominence and hence farmers are in great demand. Researchers believe that human beings started making music over 50,000 years ago during cultural explosion. Music in India emerged as an integral part of socio-religious life. The 30,000 years old paleolithic and neolithic cave paintings at the UNESCO world heritage site at Bhimbetka rock shelters in Madhya Pradesh displays musical instruments and dance. The artists and dancers held a special place in the royal courts. With the much ever expanding entertainment industry, Indian musicians, artists and dancers have great opportunities even today. The art of tailoring dates back to the early middle ages. Some of the earliest tailors created custom, padded linen garments. The Indian tailoring industry is only thriving and growing despite the growth of ready-to-wear and branded segment of the apparel market since its ancient times. Today, fashion designers and apparel houses recruit tailors in large numbers and hence the profession is still in great demand. People have been working in mines since many centuries. Though mining is a highly risky job involving a lot of toil, circumstances often force many people to take up the profession. Irrespective of certain safety precautions and technologies, a miner’s life is always in danger. Mining industry with times is only growing and hence miners are still in demand today. Ancient Indians were the first to make bricks. According to research, the ancient people used to put soil, clay, and water together to make mud and pounded them into square shaped bricks. Even today with the boom in buildings and housing colonies, brick making is still in demand. Carpentry was a specialised job in the ancient world with a lot of woodwork carpentry across the frontiers and this profession is still relevant  today. Oral storytelling is a form of art that was very popular in many ancient civilizations. Infact through storytelling our ancestors passed down some relevant information and explained it to the world around them. According to modern research, the practice of oral storytelling persisted even after written language was developed around 3100 BCE. These days oral storytelling is still in demand and there are many professional storytellers who are doing a great work. According to evidence released by anthropologists in 2012, humans have been hunting and eating meat for nearly two million years. According to the research, the earliest definitive evidence of human hunting dated to about 400,000 years ago. While hunting is banned today in many countries, butchers are very much there. With the ever increasing number of restaurants and eateries, butchers make a lot of money by selling meat to these joints. Their crystal ball reveals the fate that awaits you. This profession seemingly traces back to 4000 B.C.E. to parts of China, Babylonia and Egypt. Infact fortune telling was actually an integral part of many religions of the ancient world. Throughout history various forms of fortune telling have been used such as astrology, palmistry, and many more. These days the tarot cards have come into limelight and most modern fortune tellers use them to predict the future. 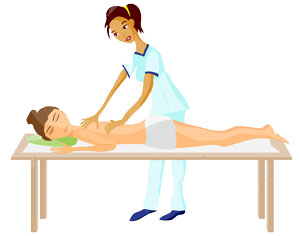 All the kings and men of high authority had professional masseurs since time immemorial. Many massage parlours also operated for providing treatments for various aches and pains of the body. In fact massage therapies available today provide the much-needed relief to clients suffering from a variety of medical or stress-related conditions. Hence there are great job opportunities for massage therapists even today. We all know that in ancient history every civilisation wanted to protect itself from their enemies. One of the ways to do so was to send spies to the enemy countries to understand their strategies and military schemes. During the rule of Chandragupta Maurya (c.321-c.297 BCE), under the mentorship of minister Chanakya, many women prostitutes were sent as spies to enemy countries. Even today almost all countries have their intelligence officers at work who keep a tab on various security missions.

Also read: Ten sustainability jobs of the next decade