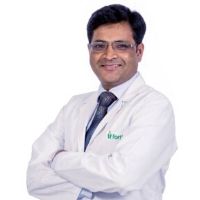 “Breast cancer is common among older women” – this is the common notion perceived by almost everyone these days. However, the incidence of breast cancer is on the rise and needs immediate awareness to make a difference between the life and death of a woman.

According to the National Center for Biotechnology Information, “Breast cancer is one of the most common causes of cancer in women worldwide and has more aggressive behavior in the younger ones.” Many breast cancer cases have increased manifold and patients often reach out to the doctors in the later stages, decreasing the chances of their long term survival.

Breast cancer in young women, if diagnosed at an early stage is more likely to be aggressive and the chances of it spreading quickly are also higher. It is also harder for doctors to diagnose breast cancer in young patients than in the elder ones because of the density of the breasts. Tumors are difficult to show up in mammograms in women with dense breasts.

What are the risk factors?

● A woman is likely to get diagnosed with breast cancer at an early age if any of the family members or a close relative have had cancer before the age of 45.
● A history of radiation treatments to the chest or breast as a child or a teenager.
● Lastly, women who had their periods before the age of 12.
● The use of alcohol, consumption of red meat and obesity are some of the other factors.

The types of breast cancer at a younger age:

Younger women suffering from breast cancer are most likely to have a higher grade and hormone receptor-negative grade cancer which are very different from the normal cells. They multiply and spread quickly. However, they do respond well to treatments such as chemotherapy and radiation which further helps in destroying the dividing cells.

Women may have a lot of apprehensions about getting breast cancer. But, it is always better to get themselves checked if any family member had been earlier diagnosed with breast cancer.

Delaying the diagnosis in breast cancer can cause a lot of problems. Many times, women tend to avoid warning signs or symptoms like a lump in the breast, an excruciating pain, discharge from the nipple with the notion that they might be too young to get breast cancer.

Regular mammograms aren’t recommended for women under the age of 40 because the breast tissues are generally dense and the mammograms are less effective. However, it is recommended to go for a yearly screening for women who have had a family history.

Recommended: 10 Facts you should know about CANCER

Now, medical oncologists are increasingly identifying families with high risk for breast and ovarian cancer with tests that detect genetic mutations known as BRCA1&2. People with this mutation carry a high risk of the above cancers and can be easily detected with a simple test. Often, there won’t be any family history of these cancers running in the family but affected individuals can be the first case called the Index case.

There are two implications of this test, one rest of the unaffected family can be tested for that Genetic abnormality and if found positive can undergo preventive surgeries/Screening tests /Drugs to reduce the risk. The second implication is these patients have treatment options with a newer treatment called PARP inhibitors if they are positive for BRCA1& 2.

Hence, if someone is young with breast cancer, it is important to undergo this test.